The founders of Pintoy Seeds have been involved in the seed industry and tropical agriculture for over 30 years. They believe that providing improved Pintoy varieties and better Pintoy seed production systems will permit the broad use of perennial peanuts, therefore increasing the environmental and agricultural benefits available from this important plant species.
Our seeds are produced with small indigenous subsistence farmers in tropical South America and Southeast Asia and the resulting production revenue represents an important source of cash for our contract producers. Our carefully developed production system results in a quality seed product with high rates of germination and seedling vigor. Seed harvested without our technology has very low quality and this has led many people to believe that cost effective seed production of A pintoi is not possible. Pintoy Seeds is continuing to invest in production capability to ensure we can meet the demand of our growing markets while decreasing costs for our customers. 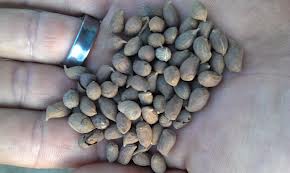 Many different species of perennial peanuts have been collected and tested and Pintoy has been utilized in South America, Australia and Hawaii both as a landscape plant and a tropical forage. The only perennial peanut varieties are the non-seeded, rhizomal type and these have shown great value for both landscaping and as a high value forage crop. The perennial peanut is known as “Tropical” or “Florida” Alfalfa because, like alfalfa, it improves soils and has a similar forage quality that can be grazed or cut for hay. However, unlike alfalfa, the perennial peanut is well-adapted to high moisture and temperatures, and has minimal problems with disease or pests.

Pintoy perennial peanuts offer the same benefits and uses as the rhizomal perennial peanut, but the specific traits and adaptation of each variety, whether rhizomal or Pintoy, will determine the performance in any specific application. Pintoy varieties may be cultivated by seed and this allows easier, more economical and faster establishment than the rhizomal types. Today Pintoy Seeds is marketing the variety PS144. PS144 is a low-growing variety that is excellent for all applications with the exception of hay production.

Arachis Pintoy was first discovered by the Brazilian botanist, Geraldo Pinto, in 1954 and many bio-types have been collected in its region of natural adaptation of Central Brazil, Paraguay and Bolivia. Scientists associated with two institutions have been especially important in the collection and early characterization of perennial peanut germplasm: CIAT (Centro International de Agricultura Tropical) located close to Cali, Colombia and EMBRAPA (the research division of the Brazilian Ministry of Agriculture). Much of the early technical information has come from these organizations, but significant agronomic studies have also been carried out in Australia and Hawaii. 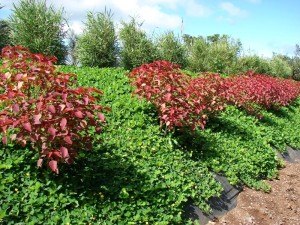 Several research stations of the University of Florida have tested the perennial peanut for use in landscaping and as a tropical forage. The university has also launched multiple varieties which are being commercialized today, but these have been limited to the rhizomal, non-seeded type of perennial peanut (Arachis glabrata) because seed of A pintoi has not been available. The IFAS releases, Ecoturf (landscaping) and Arblick (hay) are the most common varieties of perennial peanut in Florida today and they are excellent cultivars. The low growing Ecoturf variety, similar to PS144, is produced and marketed by turf producers much like non-seeded grasses such as St. Augustine. The name Ecoturf refers to the environmental benefits that are gained from the use of perennial peanuts in landscaping. Arblick, which grows taller than Ecoturf, has proven to be a very successful variety for the production of hay and its acreage in Florida today is reported to exceed 40,000 acres for that purpose.

A pintoi has been used in the tropical Americas planted with grass in pastures. The high quality forage improves the animal production while also improving the pasture fertility. It has also been used extensively as a drought-tolerant ground cover in plantations in Latin America and Hawaii.

While the A glabrata varieties are excellent, the cost and difficulty of their establishment has impeded the expansion of perennial peanut. The use of seeded varieties will lower establishment costs and expand the use of perennial peanuts. Pintoy Seeds understands that ultimate success will depend on improving our production systems to further reduce seed costs and introducing new varieties that have better regional adaptation. Pintoy Seeds is testing new cultivars and plans to begin a breeding program in the future. The first objective is to release a variety for hay production. In 2013, the company will test its first experimental variety for this purpose.